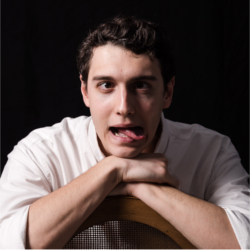 All Your Base Are Belong To Me

You know, if that's alright with you

You can find the code for this level here.

This is it. The final level to the Stripe CTF. The goal here is to retrieve a 12-digit password, which is too long to brute force. Let's see how we can use the protocol to our advantage.

When you send a password to the central server, it cuts it in four pieces, and procedes like this:

Furthermore, we can give the server a list of webhooks, to which it'll send the result.

The problem is that the server has a way to prevent timing attack:

If a chunk is wrong, the server waits before telling the client he made a mistake. So we can't use a timing attack.

But there is another way to know how many chunk servers the primary contacted, and thus go from 1012 to 4 × 103 the webhooks. Here is the idea:

So, knowing this we can't find the correct chunks, but we can eliminate the bad chunks, which is faster than bruteforcing the whole password, but still takes a lot of time. What's more, the primary server can only contact webhooks with URL ending with .stripe-ctf.com (in the production environment). Fortunately, we still have access to the level 2 server (remember, the one with the upload vulnerability?) We can upload an SSH key, connect, and then launch our webhook.

Unfortunately, I lost the source code of my custom webhook (sorry about that!). It was based on a webhook coded by a friend of Lopi. Basically, it tried every possible combination, chunk by chunk, and eliminated the bad ones as it did so.

The attack took something like two days, because I kept being disconnected of the server, and because there were so many people on it running their own webhook. I think it was kind of stubborn from Stripe to force the webhook to be on one of their server. 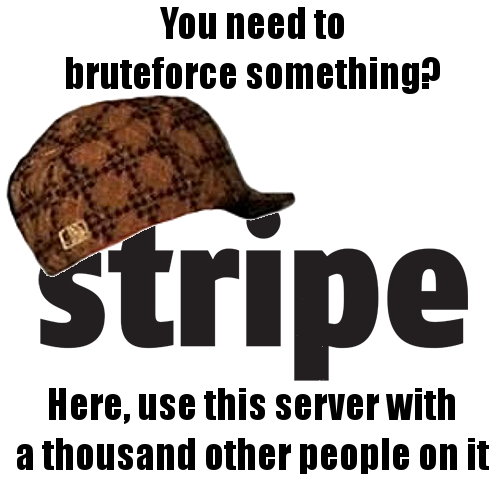 Anyway, after some time, you find the correct password, which you submit to the Stripe web site.

That's it for the Stripe CTF! I know I took a lot of time writing these write ups, but I learned a lot from this competition, especially the SHA1 padding attack, how to find where to put my Javascript so it's executed, and how to obfuscate it. Plus I won a super cool t-shirt!

See you for another CTF! 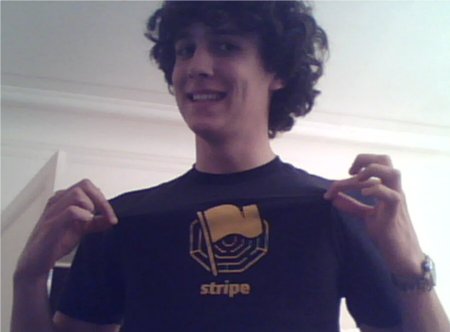